We started off what will likely be our last airwaves for a couple of years (but never say never right?!) pretty chill. We collected our wristbands from Harpa not long after midday (after a much needed epic sleep) then headed to Bonús and Vínbúðin to stock our kitchen up for the long weekend ahead.

Our first off venue gig then was Vök at Bryggjan Brughus, a really cool micro brewery where I settled in with an imperial stout as my first beer of the day. 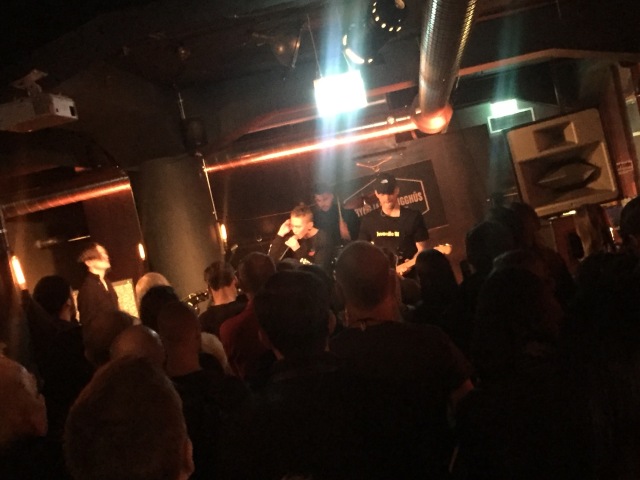 I’ve been dying to see Vök for a while and was ecstatic as they played most of my favourite songs … although I can’t remember the first song the remaining set list was: Figure, Show me, Ég bið þín, Polar, Before and then they finished with Waterfall ~ so much energy it was an amazing start to airwaves.

Next up we decided to see where the new off venue described as the Viking brewery was as it was close by. We arrived as Dadi Freyr was starting, which turned out to be one of those surprise way better than expected shows. It turns out we’d seen Dadi before at our first airwaves in 2013 as one part of Retrobot.

It’s also worth pointing out what an awesome venue this is ~ with 10 taps and a flight of any four beers for 1000isk. It would also appear that any large beer is 800isk which beats prices in most bars for airwaves.

So we stuck around for Úlfur Úlfur, although for the most point I have no idea what they rap about they have cool music vids and were great performers even taking the time to teach the audience how to sear in Icelandic.

Then it was back to the apartment for some food before the official scheduled acts. We headed to Gamla Bio for Hugar, an ambient neo classical style two piece who combines beautiful visuals of the ocean.

These were followed by Valdimar an eight piece with amazing vocals!

Also playing on of my favourite songs Syn, I highly recommend going to see these on their other official performance on Sunday night at Gaukurinn.