A first for us this year was arriving the first day of the festival rather than a day or two before. So it was fairly late Wednesday when we got our wristbands and as a result we didn’t see very many bands, in fact we sort of saw one off venue band – VAR and despite how much I love them, the venue (bar 11) was awful, unless you were 6 foot plus you weren’t going to see anything, and for me there’s nothing more annoying that someone (or 3) shoving past you to get closer, who then puts ear plugs in – seriously go home. 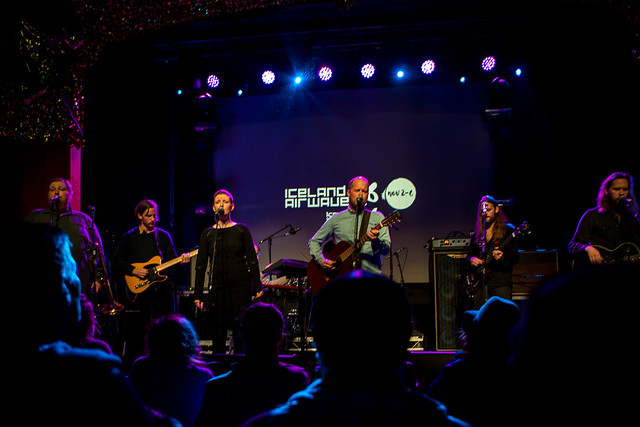 So we chilled out for a bit then headed to see Snorri Helgason at NASA, or as the other half calls him (and his band) the Snorri Helgason Good Time Band. Really upbeat and with Mr Silla on co-vocals for several songs we loved it. So it turns out that half the band are also in Tilbury (I did not know this until now) who were on just afterwards – strange band, half look like they belong in a 70s metal band and the lead singer with his snap back like he should be in a rap group – but neither of these apply – really amazing uplifting vocals and streaming guitars. But we were totally knackered so left part way through.

We started the day really lazily, taking a walk around the harbour and grabbing brunch at Fredrikson Ale House – we highly recommend this place, the portions were huge (think 8 pieces of bacon!) and kept us going until evening. We then headed to Harpa as we’d won tickets to an exclusive session with Mugison, courtesy of Nordic Playlist. With only 30 audience members and a backdrop of Reykjavik through Harpa’s amazing windows it was so cool – we heard a few well known tracks and some new ones from the album released this week, we must remember to get a copy before we leave.

We then headed to Bryggan Brugghus to see Mr Silla perform off venue as a solo artist, although she was accompanied by her husband on stage. Again, mind blowing vocals, different arrangements of song I know and love. She also tipped us off to another band she was performing with today – Throws, a UK band with one guy from Sheffield and the other who lives in Reykjavik.

So for our evening entertainment we started at the Reykjavik art museum for JFDR, aka Jofridur from Pascal Pinon, Samaris and Gangly. This was her solo stuff and it was a haunting and melodic as Samaris. We then quickly headed off to Hurra for The IllIs, a Slovakian band. I would like to peg them as metal, but they had moments of dreamy pop melodies that were then interrupted with the crashing guitars – they were so energetic and fun. And on their final song one of the guitarists handed his guitar to the guy next to me in the audience so he could rock out, this was hilarious as the guy like me clearly did not know what to do with it! If you ever get the chance to see these guys then do – they really know how to rock a party! 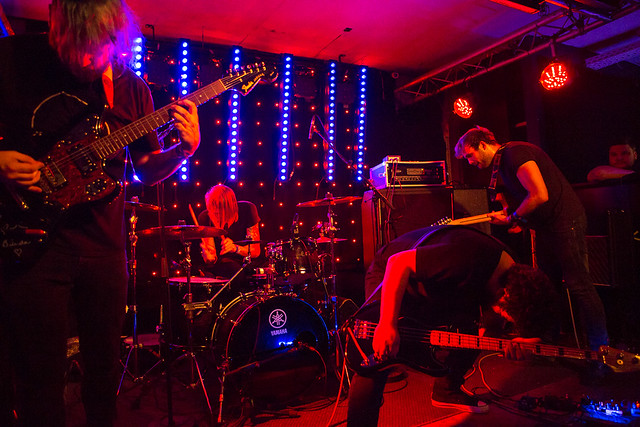 We then arrived at Gamla Bio whilst Hannah Lou Clark from the UK was playing, highly popular it would seem, as afterwards the venue practically empty. So we waited for Throws – worth noting Gamla Bio has the BEST free wifi I’ve ever experienced that doesn’t require signing up for something/tedious registration process.

Throws absolutely killed it. They started with a male voice choir of at least 15 members who were all very impressive, then slimmed down to the two of them plus two drummers, who were so energetic I felt sweaty just looking at them, then Mr Silla popped in for a track or two in the middle before finishing back with the choir who some of which were drinking beer at this point! Fab evening, danced loads, smiled even more, went back to our apartment exhausted.