I forgot to mention in my previous post that I’d signed up to the WordPress Writing 101 daily challenge in a bid to write more often. I’m slightly behind in typing these up (as I’ve previously mentioned, I much prefer writing with a pen and notepad), but to crack on with the Day 2 Challenge “If you could zoom through space in the speed of light, what place would you go to right now?“

I crave the sun, the warmth on my skin, the way a gentle breeze feels so refreshing. My husband and I haven’t had a proper, sit back do nothing all day sort of holiday in close to 6 years, so we often talk about how we’d like to revisit Tunisia, where we’ve spent all of our relaxing holidays, to kick back with a beer in the sun.
The Cafe Des Nattes perches on the top of the hill in the beautiful blue and white village of Sidi Bou Said, overlooking the gulf of Tunis. Our first visit here was less than perfect, on a tour bus late afternoon, that seemed to arrive in the village along with numerous other buses at the same time, we were dropped off at the bottom of the hill, to climb through the cobbled and winding streets to the top. It was incredibly hot (late August) and packed with hoards of fellow tourists and the sides of the street were packed with stalls or shops spilling onto the pavement, each seller trying to entice you in. In short it was anything but a relaxing time, we dutifully climbed to the top, took some photos and tried to find a slightly quieter route for our descent. 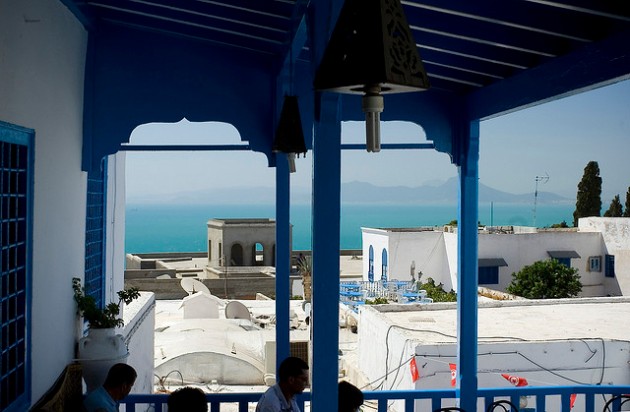 Our second visit a couple of years later was better planned however, still on a tour bus, but we arrived in the morning, the streets were much quieter, the shop owners were not yet up and running and we could actually see the streets we were walking along, had time to enjoy the sights and more importantly, when we actually arrived at the steps of the Cafe Des Nattes, we could see there was an abundance of space to sit. 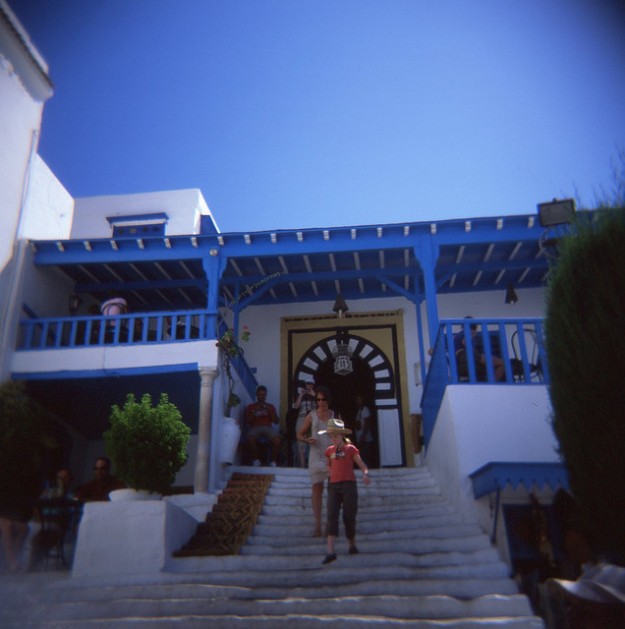 The Café has a striking entrance of a  black and white traditional style doorway that contrasts the blue and white everywhere. We ordered ice cold drinks then took up our position on the terrace, which was covered in comfy cushions and watched the world go by, with the bay to the left, and a perfect view over the throngs of tourists starting to make their way towards us. I’d love to go back and just enjoy the view once more, so peaceful and relaxing. 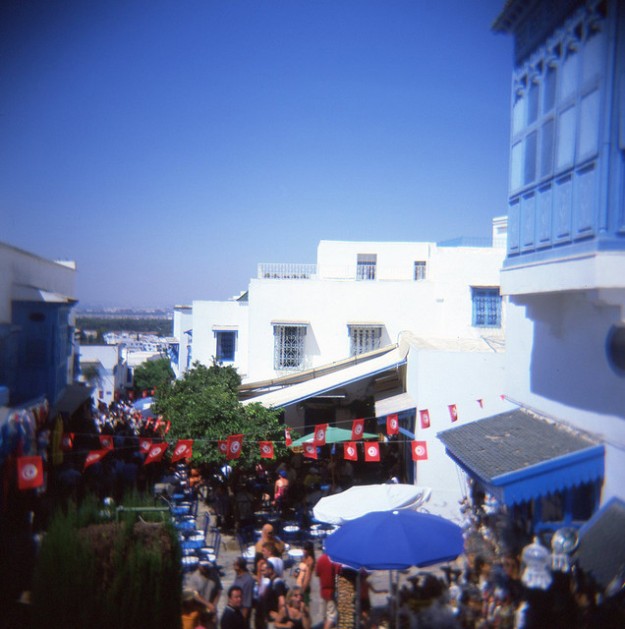